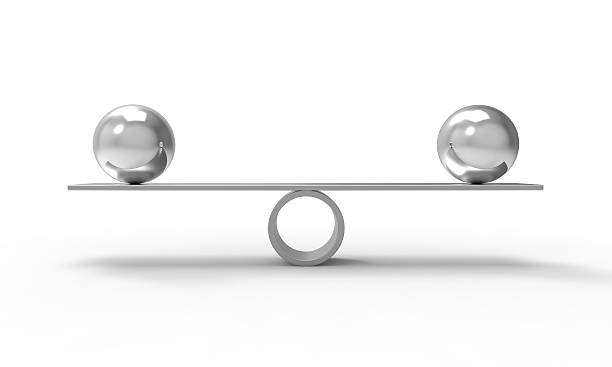 Find Your Balance – An Interview with Grandmaster Yang Jun

Fernando De Lazzari: First, I would like to thank you for this great opportunity to have this interview and talk about Tai Chi Chuan with you. I really appreciate this moment.Many people think Tai Chi Chuan is a practice for relaxation with soft movements, but we know Tai Chi Chuan is an Art with many aspects. How do we answer the question, “What is Tai Chi Chuan?”

Master Yang Jun: Tai Chi Chuan actually is a multiple function exercise. It was created as a martial art. It has developed into a special way of exercising. It works in many areas. Today many people are coming to Tai Chi Chuan for its health benefits. It is benefiting many people with disabilities, and those who cannot do some hard exercise. Many appreciate how effective it is in reducing stress. This is how Tai Chi Chuan is working for this group of people. But you know, Tai Chi Chuan has a deep philosophy behind it. It can help you to understand yourself better. It can improve your lifestyle by helping to find your balance, and become a better-balanced person. And not only that – actually Tai Chi Chuan is a type of martial art that uses a very different approach from many other martial arts. It asks you to soften yourself and relax yourself. One must explore the soft then unify the soft with the hard. And also it has a goal – to make ourselves use the soft balanced with the hard, and the basic method involves seeking a balance. We must understand the dynamics of balanced energy. I think many people watching Tai Chi Chuan really don’t see this, because they see the soft flowing motions. People doing the soft Form don’t really have the whole picture of Tai Chi Chuan. It actually is a whole system of training: standing meditation, moving practice, slow practice, fast practice, self practice, partner practice, bare hand practice, weapons practice. It is a complete training system. It’s not just like, you know, sometimes what we see in the park, people are practicing the movements in a soft, slow way. Most people assume that this is for senior people, for the people who have health issues, but Tai Chi Chuan can be useful for every type of person. Especially for the people who are looking for an exercise that balances the body and mind. It’s not just physical movements, it has internal understanding and physical performing combined.

FDL: Can we consider Tai Chi Chuan a kind of meditation? Why?

MYJ: Yes, we can. We say that Tai Chi Chuan is a kind of meditation exercise. So first, from the physical movement point of view, it includes a stillness practice. Even when we are practicing the Form sequence: the body moves, we ask you to maintain a calm mind. So, from many points of view, we want you to be self-balanced, to be calm in your mind. The goal of calming the mind is to keep yourself centered, to have a clear picture and a complete under-standing of the whole situation. So that’s why we consider Tai Chi Chuan a kind of meditation practice. We also have a very special method of relaxation. It is not just a physical relaxation; it is also a mental relaxation. We ask you not to put your tension in a detailed local area; we must have an understanding, an overview, which balances internal functions with external situations. So one part of the relaxation is about your body, the other part is about your mind.

FDL: Tai Chi Chuan can help improve people’s health. Nowadays so many people are interested in practicing Tai Chi, and the number is growing. In your opinion, why do you think that the number is increasing?

MYJ: First of all, why people are so enthusiastic about it is because they have tried the practice and received the benefits. We are involved in on-going programs with academics to study Tai Chi Chuan’s benefits. In China and in the West, often you can see doctors recommending Tai Chi Chuan as a choice for health exercise. And recently I also heard that President Obama encourages people to use Tai Chi Chuan for their health practice. So, many people in many different areas are doing re-search to understand Tai Chi Chuan’s health benefits, which makes people aware that Tai Chi Chuan can help people; this is the first thing.Second: Tai Chi Chuan has a special way of practice, which is truly gentle, slow and even, with a focus on understanding energy. This is the difference from many other kinds of exercise. We require that you harmonize the physical practice with your mental awareness. From this balanced combination of internal and external we can develop a unity of body, mind, and spirit.As we learn more about Tai Chi, we understand that Yin and Yang are combined together in a dynamic balance– this is Taiji. So many people involved in Tai Chi are also interested in the philosophical foundations of our practice. This Taiji theory helps you with the mind and mental balance, mind understanding, dealing with your colleagues, dealing with your personal issues, and how you can find your balance without big conflicts. Many, many areas of Tai Chi Chuan are very special. I believe that because of this kind of difference from many other exercises, people are interested and involved with Tai Chi Chuan. An interesting aspect of our practice is that the more you understand Tai Chi Chuan, the more you can learn from Tai Chi Chuan. It’s not just learning the movements, and then you are finished. We are going to keep practicing the same movements, but your mind keeps improving your understanding from your personal feeling throughout the practice. Then you can expand into theory study, using our theories to guide and enrich your practice. This is a kind of exercise that is unique and different from many others. So that’s why I believe that the more people practice and study, the deeper their understanding Tai Chi becomes.

FDL: What is the ultimate goal of the Tai Chi Chuan practice?

MYJ: Basically, we have three goals for practice – one is rooting, which creates physical balance. The second is how you can unify your energy. Throughout your physical performing and practice – you want to improve in these areas. But Tai Chi Chuan is not just for your physical balance and unifying your energy – it is about your spirit. The process of your practice is first to exercise your body, and in the second stage, you can understand your heart. Then in the third stage you can understand and change your personal characteristics, to be very well balanced from the physical and also from your internal. It’s a physical point to start, but it extends to your spirit.

FDL: What is your advice for beginners? What are the main points that beginners have to pay attention to develop themselves in Tai Chi Chuan? How about your advice for advanced practitioners?

MYJ: Ok, for the beginners actually the most important part is to continue and follow through. In China we have a saying: “Everything, when you start it, feels difficult. When you already have begun, then you can find your way to continue.” So, at the beginning time, to continue the practice is the most important advice for beginners – don’t quit. It’s very easy to quit, because sometimes be-fore you really can understand it, you are already thinking “this is maybe too difficult for me”. But actually it’s difficult for everyone to start; it’s not just for you. In the beginning, there is so much to take in – you need to learn the movements, you need to understand the Principles, certainly it can be too much information for you to receive at once.So I suggest for beginners – you need to understand some basic things: first you need to understand what it is to relax, and maybe you just practice some basic standing. As far as the movements go – for sure you need to remember them – but if you cannot remember them, pay attention to the basic methods. The motions need to be gradually memorized.For example, what is the foot-work we need to do? What is the body shape we need to do? And pay attention to those basic elements, then understand those from a standing point of view, then you can gradually, gradually extend into the practice of the whole Form.So focus on the basics. If you try and focus on everything at once you might not find anything! This is my advice for beginners.Once the sequences become familiar and we don’t need to think about them anymore, we can be more focused on other things to understand. The Classics of Tai Chi Chuan tell us that as we gain experience through our movement practice, we need to expand into understanding our energy. For most of us, we need to realize that understanding the energy is our priority. It’s not just about the movements. Movements are just a way that we express the refined energies, but our priority, actually our goal, is to understand these energies. Understanding energy has two sides: through the Form practice, through personal practice, you have the self-understanding side. Through the practice of Push Hands, you also learn to understand the energy from your opponent. So, to better understand Tai Chi Chuan, you need to start understanding the energy perspective, not just the movement patterns.

FDL: Thank you very much for your time and for this opportunity. It is always a pleasure for us to learn and talk about Yang Family Tai Chi Chuan with you. Your teachings will be very important to all practitioners and help us a lot.

MYJ: Interviews and conversations like this are good to promote Tai Chi Chuan and help people to better understand the Art. For me it was a pleasure to help. 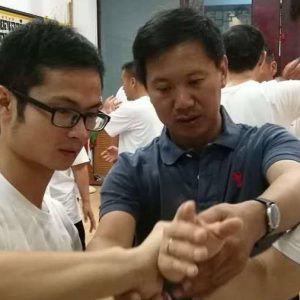 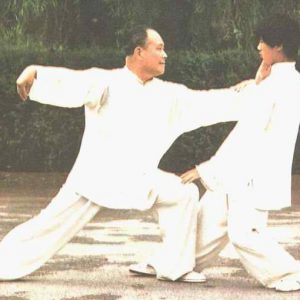 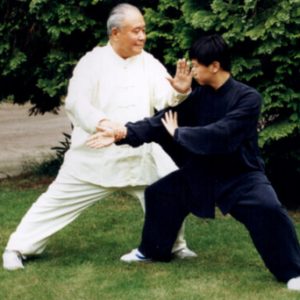